I love breastfeeding! I have breastfed all  3 of my children. I nursed Ava until she was 2. I only nursed Scarlett until she was one, she was too busy to make time for the tit. Willa is still going strong and defiantly a major booby lover, just like her dad.

I love nursing for so many reasons:

1. It makes me sit my busy butt down and relax. For those of you who know me, this is virtually impossible. Or if I get an important work call, I pop it in the babes mouth and ahhh complete silence.

2. Its super cozy and special to look down in my babies eyes as they suckle away, I love these moments, not much can beat this.

3. Its a great way to calm a crying baby, instant pacifier!

4. A fail proof way to get my babies to fall asleep. (I know eventually this will bite me in the butt...)

5. Oh and its very healthy too, that's just a big bonus to all the other good stuff.

Willa will be 2 in April and my friends politely ask me how long I will nurse her, to which I often reply "Until she is 10"  You see Willa is getting big and she speaks really well. She says Momma, I want neen. Pleaseeeeee When I say no, she bargains Just a little bit, pleaseeeee momma, its special and its so sweet  At that point I almost always give in.

Sometimes  its not so special. For example, in the middle of the night  when she is not so polite and almost every hour repeatedly yells I want neen!!! When I don't give it to her she thrashes and kicks. I know I have created a mini titty loving monster.

I have truly evolved from a controlling, militant mother that regulated nursing to bedtime to throwing the rules out the door and popping it out whenever I hear the word neen. I know Willa is my last baby so I have let so many rules slide.  I am amazed how much I have changed from baby #1 to baby #3.

So how long will I nurse? I'm not sure but I do dread the day when I decide my tatas are closed for business. I don't think Willa will be in favor of this shutdown. Until this day I plan to enjoy every second of it! 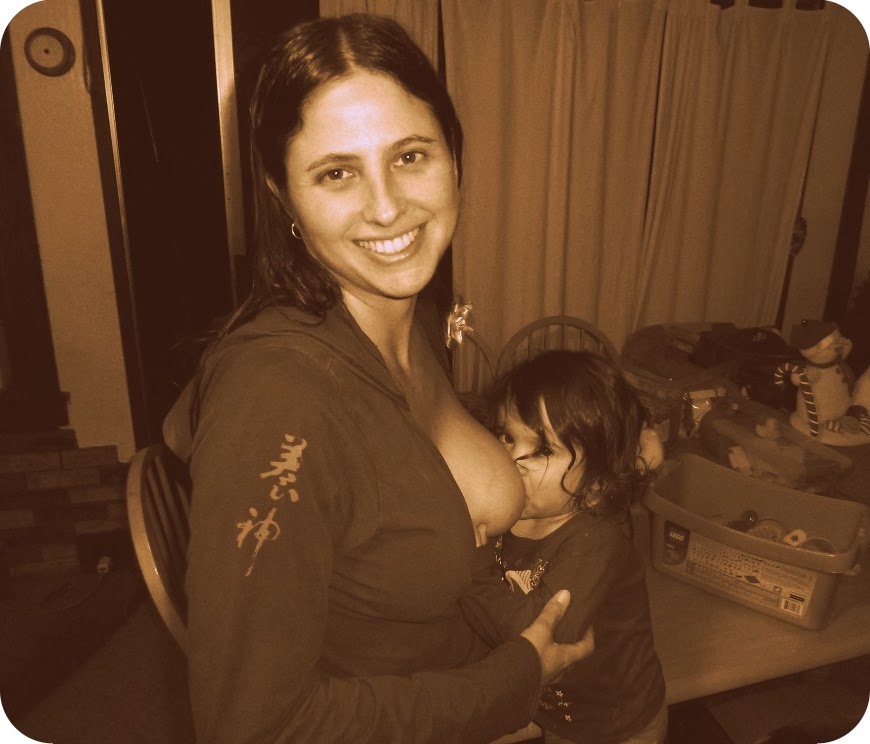 at March 04, 2014 No comments:
Email ThisBlogThis!Share to TwitterShare to FacebookShare to Pinterest 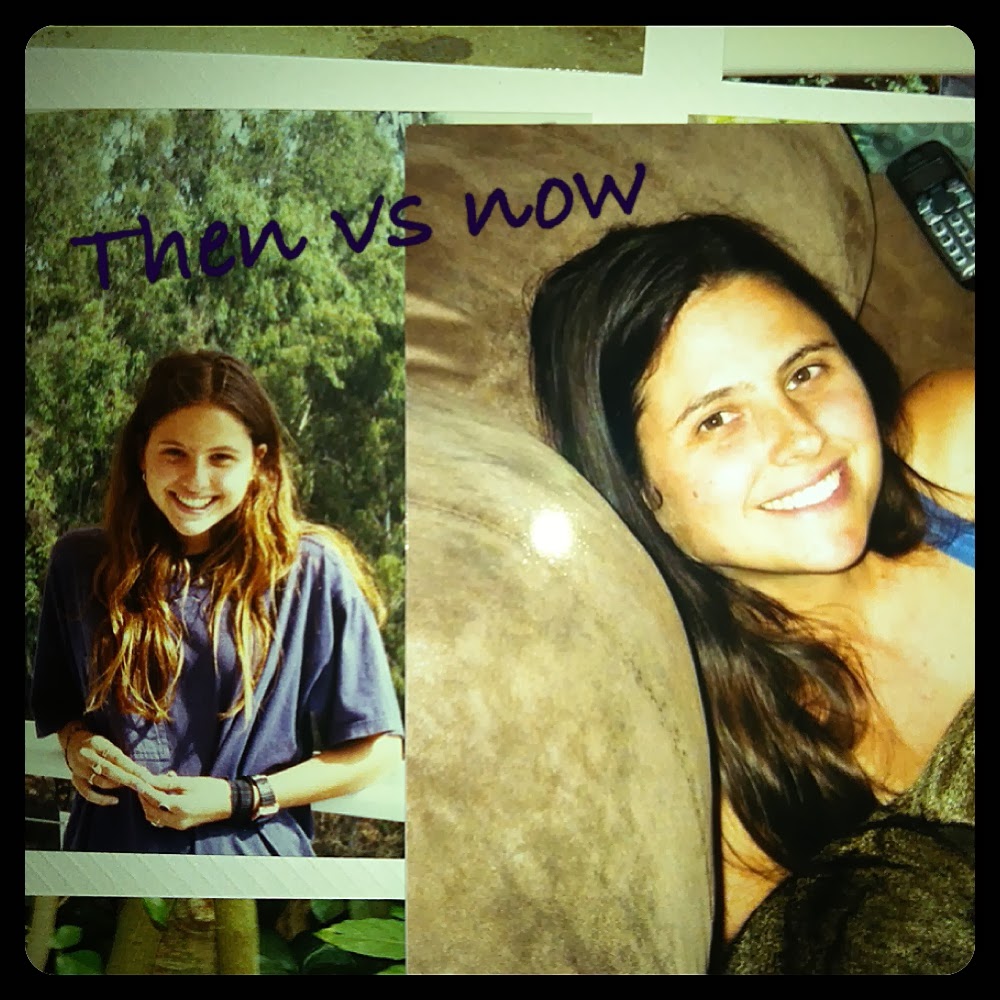 I have to admit that I have not done the best job teaching my children about religion. I was raised as a Jewish girl who celebrated Christmas, we were not very religious. Sadly I have never been to church, ever.

This past Sunday I was driving the girls to the store and we passed a fancy family walking to church. I jokingly said "guys, do you want to go to church?" Ava said "no thanks, its boring" Scarlett said "What's church?" To which I replied "Church is a place where people go to talk about God and pray"  Scarlett said she wanted to go and it sounded like fun. Ava said "Scarlett no, its not fun its boring." Not like she would know because she has never been.

Scarlett said "Will there be candy? Will Santa be there?"  I was a bit confused by her question but told her that Santa will not be at church and they do not give out candy.  Scarlett said "But Louisa (pronounced as Oooisa) took me one time and Santa was there and we got candy."

I was thoroughly confused and then realized Louisa did take Scarlett to the Christmas parade where Santa did make an appearance and gave out candy.  Ava and I then explained to Scarlett that to pray is not the same as a parade.  She said "Darn, I wanted to go to the parade..."
at January 28, 2014 No comments:
Email ThisBlogThis!Share to TwitterShare to FacebookShare to Pinterest

Girls and Their Gines...

As a mother of 3 girls, there is a lot of talk about vaginas. Some days its hairy ones, stinky ones, bald badgers, leaky ones, owie ones, pokey ones, you name it, it has been discussed here at the Carney house.

I swear, every day there is something I have to deal with that involves vagina care. Weather its applying diaper cream or assessing flaming owie lips on my 5 year old from her limited wiping skills, its a daily topic in my home.

Willa loves to climb under the bathroom sink and abscond with my tampons. It doesn't help that Kevin bought me the super cool fancy ones that come with neon pink, blue, and green wrappers.  She loves to take them apart. Yesterday, out of the blue, Scarlett said "Mommy, can I take your tampon out?" To which I replied "NO WAY, and I'm not even on my period!"

Willa loves to pull down my undies and poke it and say "Gina!" or "Spider!" depending on the current landscape. She too has seen the book that has a spider whose  mandibles look just like a hairy yonie as mentioned in an old blog called Spider Has a Vagina Its true this spiders mouth can easily be confused for a hairy gine. Whenever I neglect  my maintenance down there Willa reminds me that the forest needs a mowing by calling it a Spider, thanks Willa.

And now that I'm on the topic, Scarlett coined the term "Poop Octopus" I dare you to guess what this refers to... Ill just tell ya. You know those awful messy diapers where the poop is literally up the puss? Well one day I yelled "Help get me a bag, its crazy, poop up the puss!" Scarlett ran in the room with a bag yelling "POOP OCTYPUS!!" The term stuck...